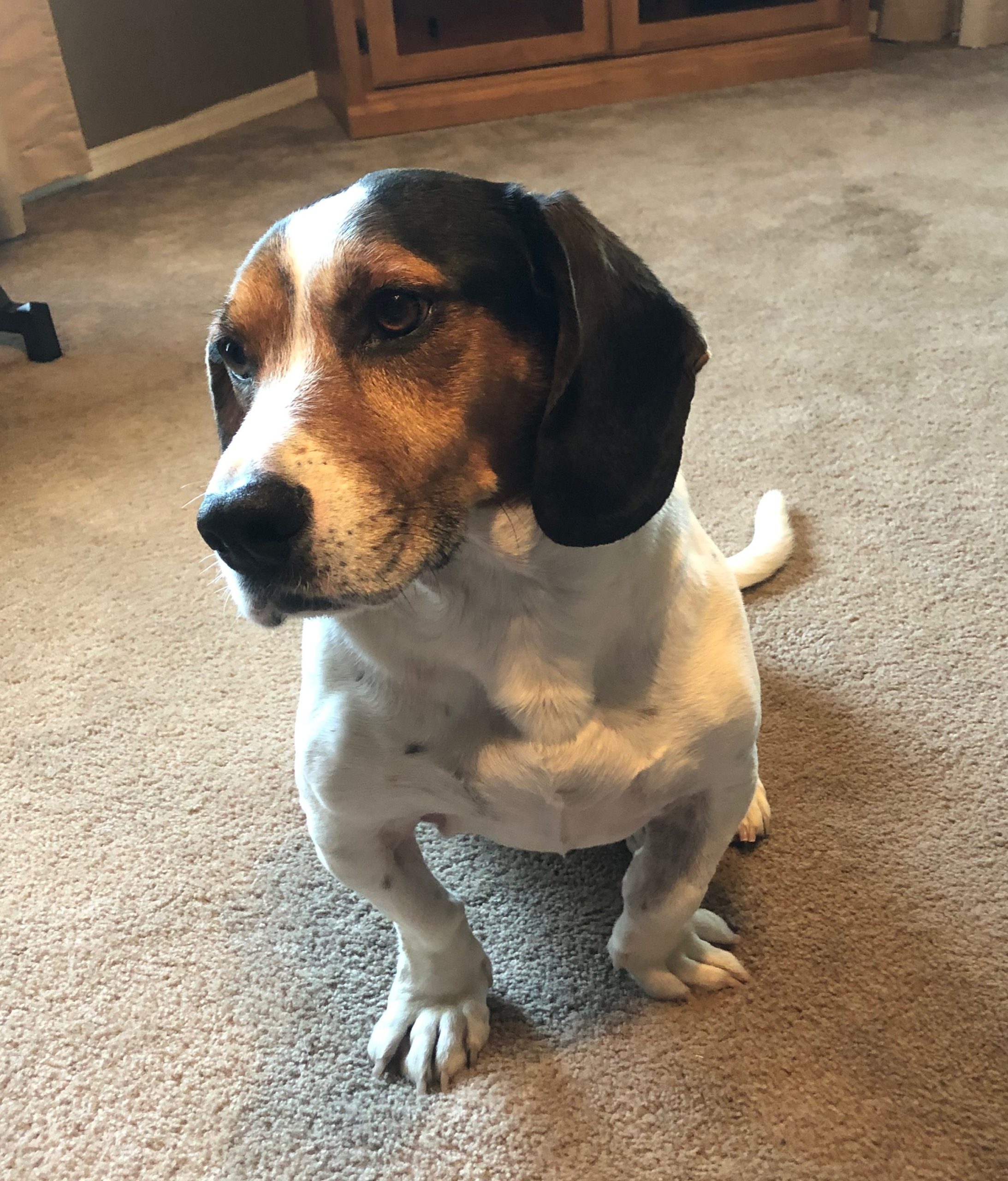 Reginald displeased that he was not given a second dinner.

More: Reginald is a mutt of the highest breeding. He Found us in January 2015 and decided he was staying! He believes the greatest threat to the American way of life are squirrels and he does his absolute best to keep those pesky critters away. He also enjoys naps, bacon, successfully convincing his grandparents he hasn’t been fed, and to be underfoot while anyone is cooking. Favorite part of his day is early morning “coffee with Reggie” in which he knocks out his first and second naps of the day.
Vote