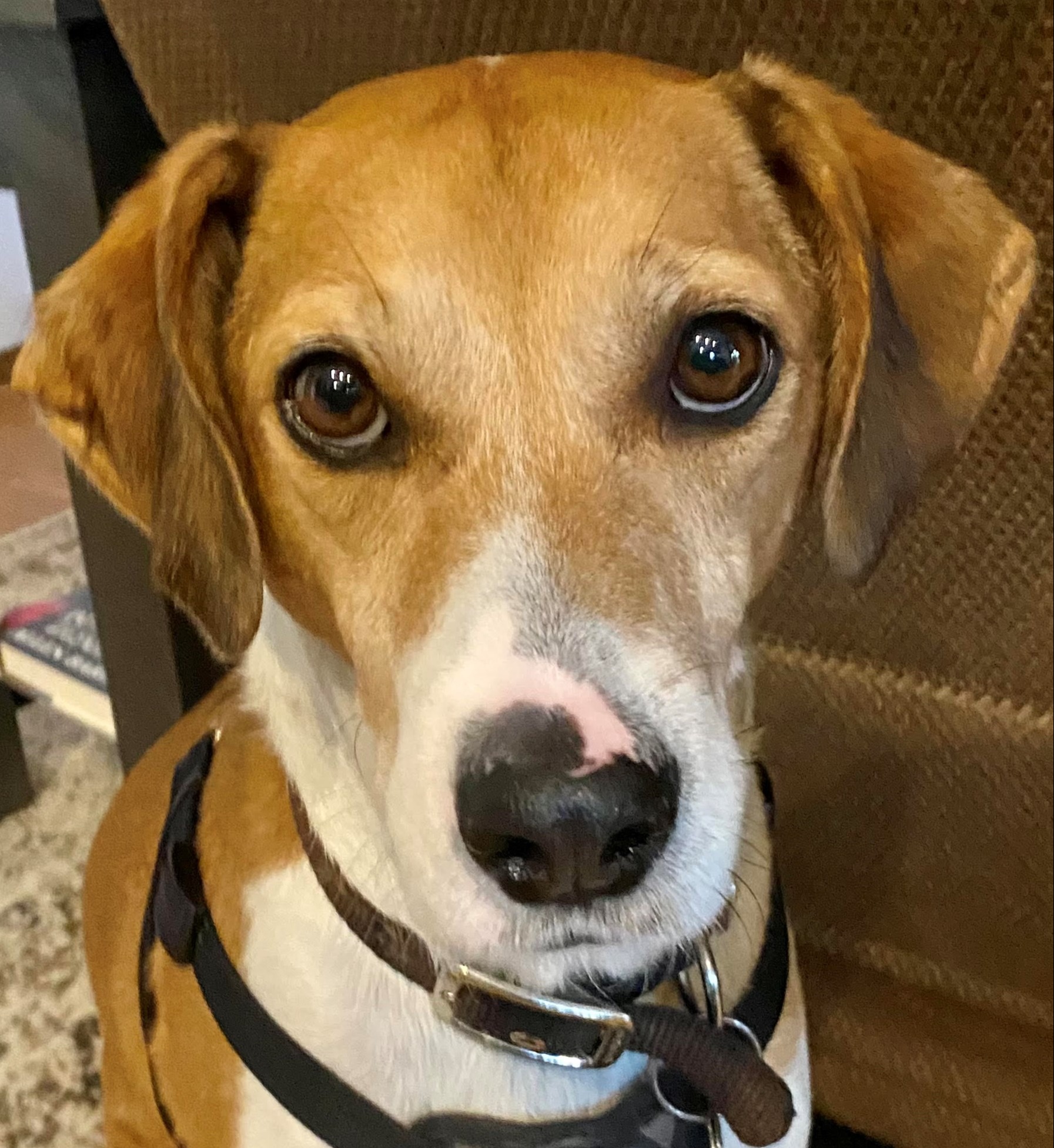 Ready for My Walk

More: Rusty was found in Shreve Swamps, Wayne County, Ohio with a strong will to survive. He was adopted from the Wayne County Dog Shelter by The Ferrell Family. Rusty's morning starts out with breakfast where he does his circle dance before eating. He enjoys his daily 2 mile walk at OSU Secrest Arboretum where he uses the commands of sit, stay, and heal. Many compliments are given to Rusty during his walks about his good looks and behavior. One day, an elderly man stopped his car and opened his door so he could pet Rusty. After waking he looks forward to his Kong with goodies inside. In the afternoon and evening he has a backyard to run, smell, and chases chipmunks. In the evening, he loves his humans, especially Jason (the one who adopted him), and snuggles a family member while we are watching TV. He is very much adored and loved by his humans.
Vote