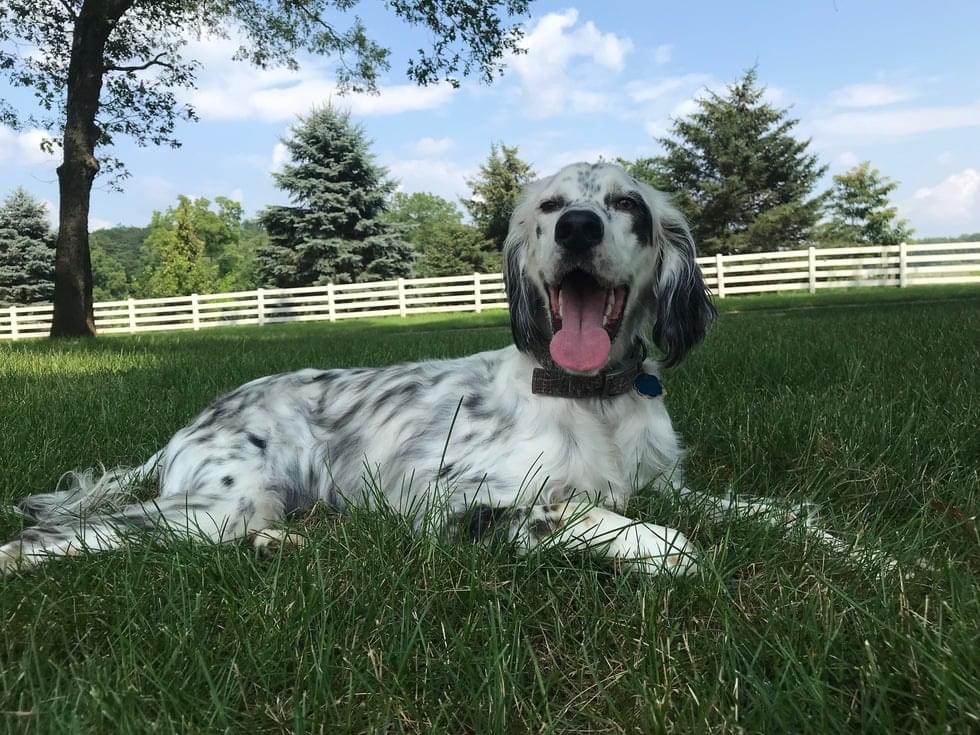 More: Just relaxin in the grass. Wesson‘s mother was a rescue. They discovered she was pregnant when rescued and also was heartworm positive. Her mother gave birth to nine pups in which Westin was 1 of 3 who survived. Three were still born and three lives less than 24 hours after birth. Wesson showed no signs of any issues and today is the most active and fun loving Setter that we have had. He enjoys life with a 15-year-old and a nine year old Setter That I truly believes he thinks they are his real brothers.
Vote