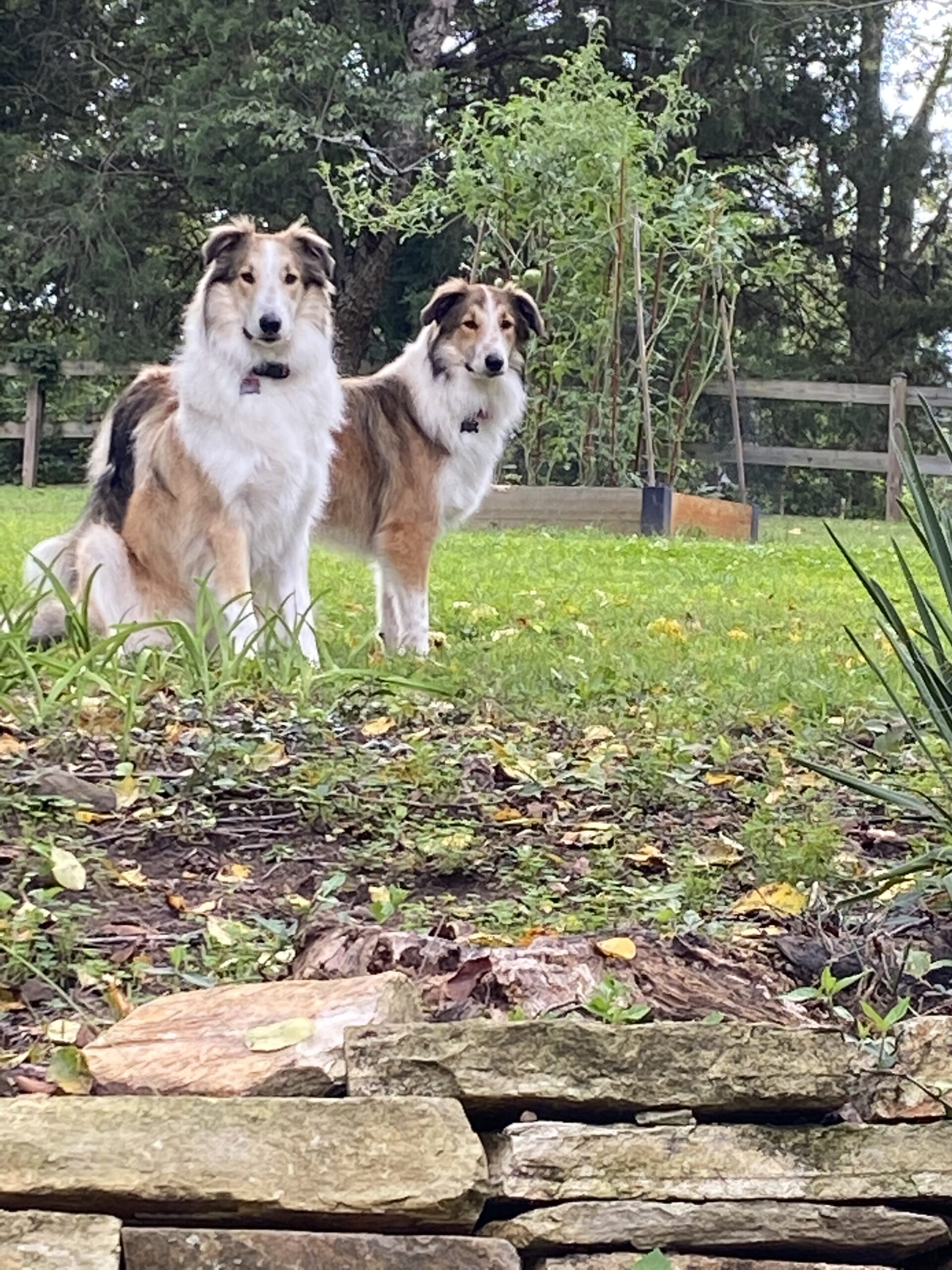 More: Zeus and Poppy are Old Time Scotch Collies - they are both faithful and intelligent. Their breed was popular in the late 19th and early 20th centuries, but has become increasingly rare. They are technically farm dogs who need to work and stay occupied. Our two are brother and sister from the same litter, though they are not so similar in appearance or temperament. They are great family members who generally choose one person to whom they become bonded. They are not aggressive but are very wary of strangers, and rest assured we NEVER have any unexpected guests!
Vote