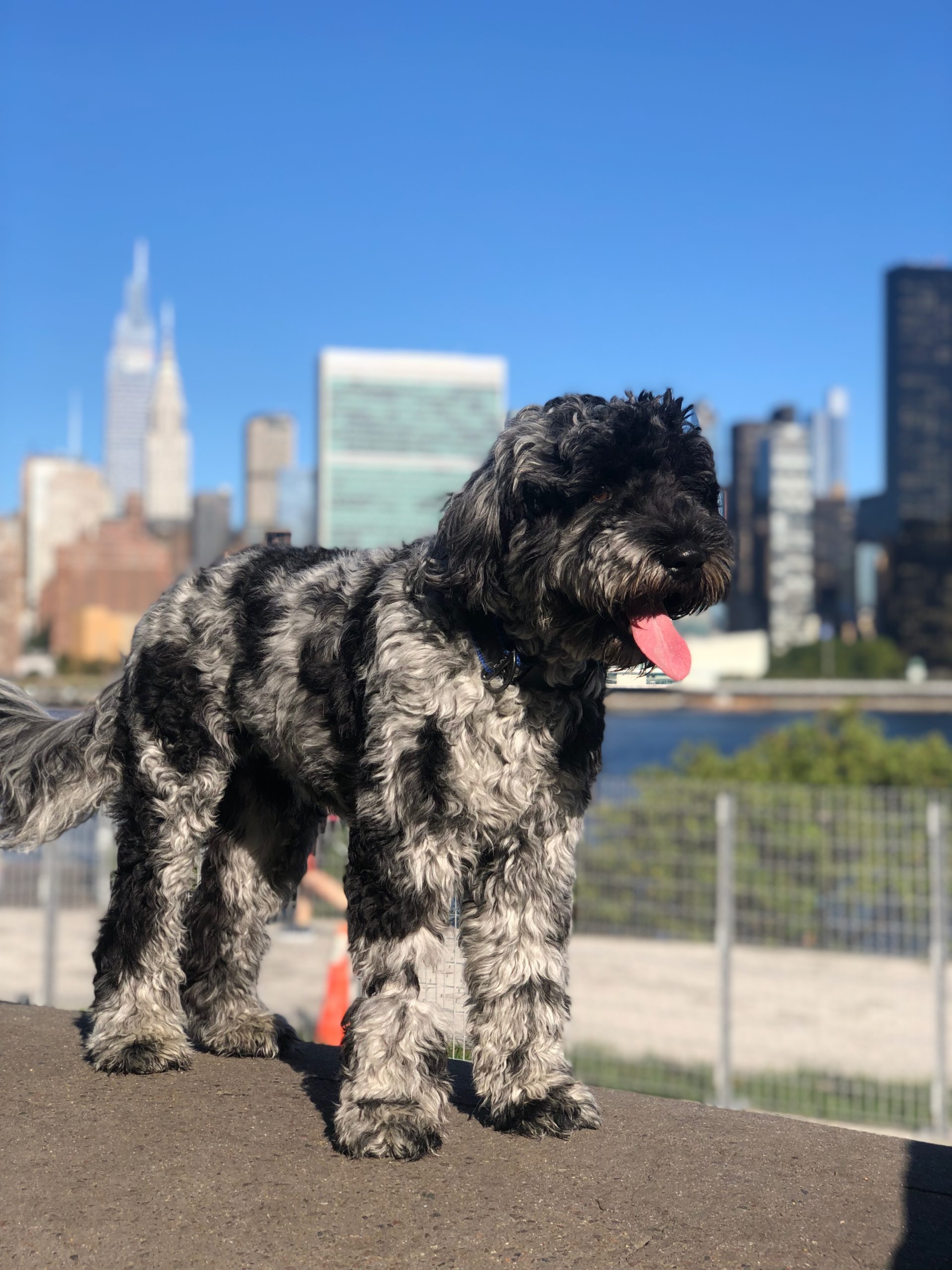 More: Zorro loves to explore New York City, chasing balls, and squirrels, and making friends with every dog he meets. He not only loves the wild North Woods of Central Park, but all the parks! Here he is in Long Island City, Queens, with a back drop of Manhattan. It is very difficult to get a picture which includes his eyes because all the fir around his eyes is black. Zorro comes from a long line of non-shedding seeing eye dogs started in the 1980s by the Royal Guide Dog Association in Australia. A blind woman in Hawaii needed a guide dog, but her husband was allergic. Thus came about the non-shedding obedient new breed Australian labradoodle (a mix including Labrador, poodle, Irish water spaniel, Cocker spaniel, and, in 2007, a blue merle dachshund).
Vote