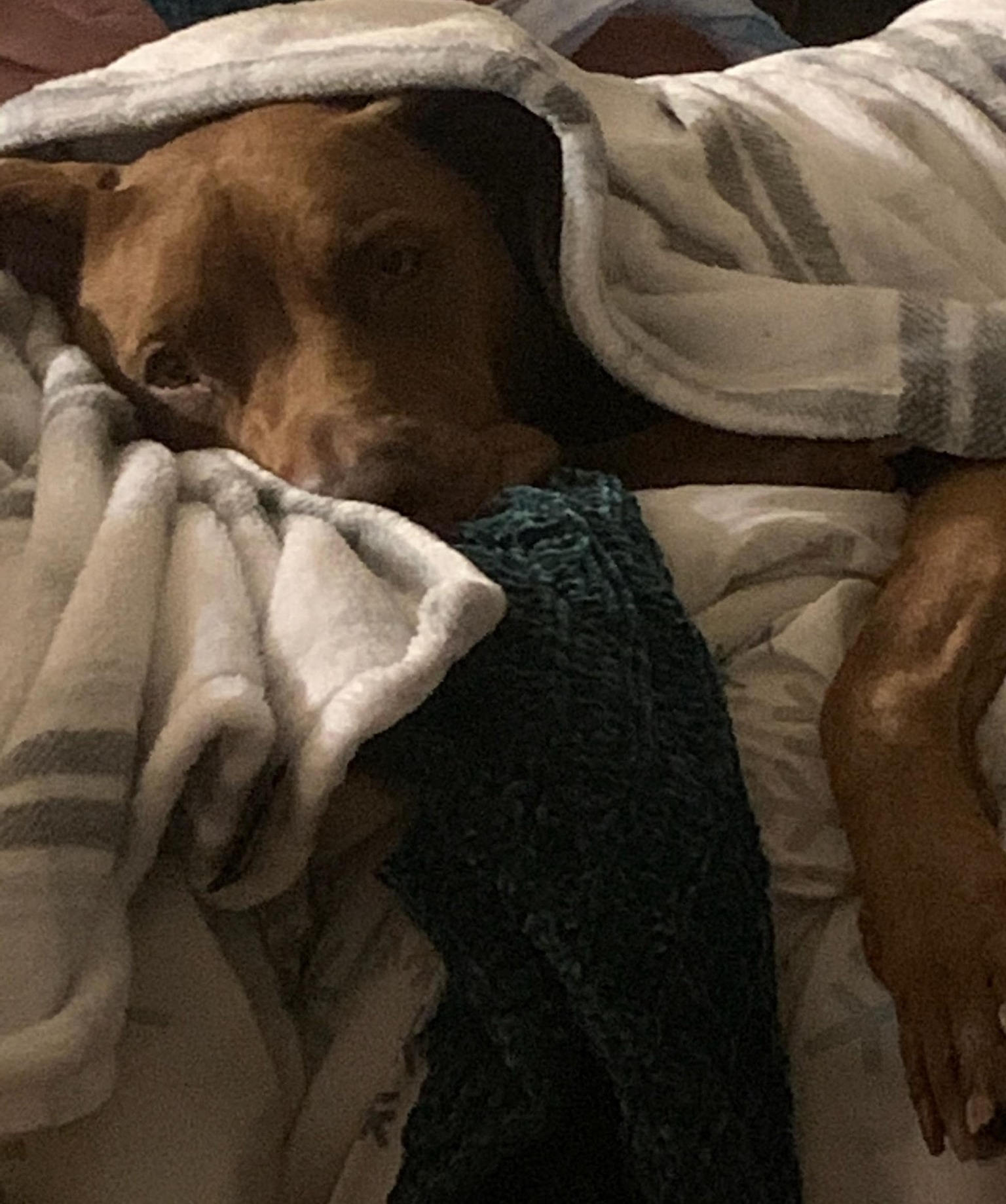 More: I rescued Athena when she was 8 months old from an abusive home. The wife would kick her out of the house due to her puppy stage she also refused to feed and give her water. When I took her from the home she only weighed 29lbs within 2 weeks she gained 17lbs and now is a good 65lbs. These poor dogs get such a bad rap all she wants is to be next to me or on top of me at all times. She loves every human she encounters and has become the very princess of the house.
Vote