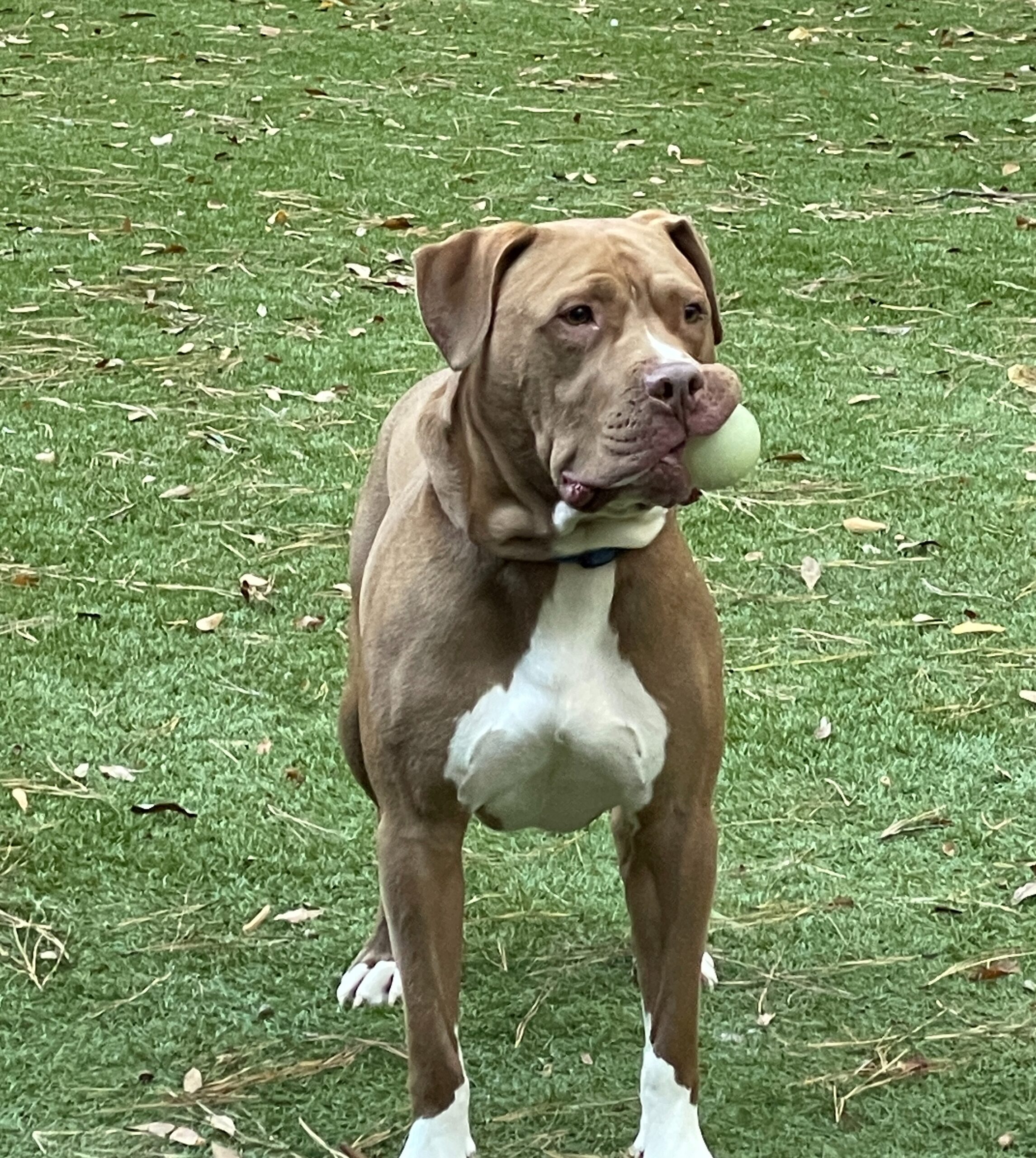 I've Got My Ball

More: We found Peanut at 5a on a major street near my house near the start of Covid. After determining he didn't have a chip. We had planned on taking him to a no-kill shelter but they weren't open until later in the day. He came back to our house and got along great with our other dog so we ended up keeping him. He's not the brightest, but he loves everyone. We call him aggressively friendly as he wants to run up to meet you just so you can pat him on the head. He plays his own style of fetch which is chasing his sister as she fetches the ball.
Vote